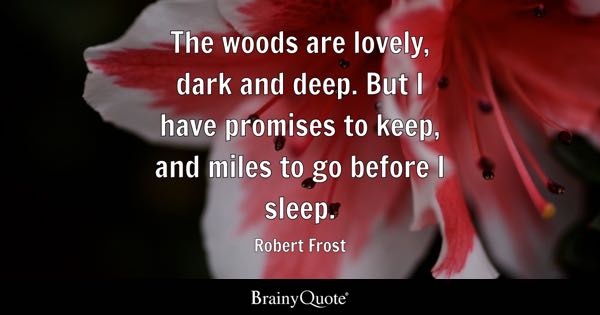 “Sleep is the golden chain that ties health and our bodies together.” — Thomas Dekker, American Actor

What does your brain do while you sleep? According to a new study, deep sleep is when your brain gets a scrub down, washing away the toxic waste that contributes to diseases like Alzheimer’s.

Researchers at the University of Rochester Medical Center in New York led the study, which was conducted using mice and published in the journal Science Advances. They looked at the efficiency of the glymphatic system—essentially, the brain’s waste management system that gets rid of waste and cycles nutrients like glucose, lipids and amino acids through the brain. The catch: The glymphatic system largely operates when we’re in a deep sleep and is inactive when we’re awake. In fact, scientists have theorized that it’s why mammals operate on the sleep schedule that they do. So the researchers decided to test how deep sleep might affect how efficient the glymphatic system is in clearing proteins like beta-amyloid and tau, both of which are associated with Alzheimer’s disease.

For the study, scientists tested six different drug cocktails that put the mice in a sleeping state. They then tracked cerebrospinal fluid as it traveled through the brain. They also tracked the animals’ blood pressures, heart rate and respiratory rate, along with watching their brain activity on an electroencephalograph, or EEG.

A combination of two of the drugs, ketamine and xylazine, put the mice in the deepest sleep and most closely mimicked non-REM deep sleep according to the brain activity, heart rate and breathing monitors. That sleep appeared to allow the glymphatic system to work the best.

“The synchronized waves of neural activity during deep slow-wave sleep, specifically firing patterns that move from front of the brain to the back, coincide with what we know about the flow of CSF in the glymphatic system,” said Lauren Hablitz, Ph.D., a postdoctoral associate and first author of the study. “It appears that the chemicals involved in the firing of neurons, namely ions, drive a process of osmosis which helps pull the fluid through brain tissue.”
being

The study findings highlight that sleep is not just necessary to feel alert—it appears to keep your brain healthy over the long-term.

“Sleep is critical to the function of the brain’s waste removal system and this study shows that the deeper the sleep the better,” said Maiken Nedergaard, M.D., D.M.Sc., co-director of the Center for Translational Neuromedicine at the University of Rochester Medical Center and lead author of the study. “These findings also add to the increasingly clear evidence that quality of sleep or sleep deprivation can predict the onset of Alzheimer’s and dementia.”

Previous research shows that adults who sleep poorly early in life have a greater risk of Alzheimer’s as they age. One study found that people who experience disrupted sleep also showed abnormal levels of beta-amyloid plaque, the protein that many scientists believe drives Alzheimer’s. Other studies have shown that those who wake up feeling unrested or engage in daytime naps also have more tau in their brains. Years before a diagnosis, the effects of restless sleep showed up in participants’ brains.

The study also shed light on the link between anesthesia and memory loss. Many patients report a lasting fog after coming out of surgery that results in cognitive problems. The drugs used on the mice were similar to those that might be used during surgery. Mice in the study that were given anesthetics that did not cause slower brain activity didn’t see the same efficiency in their glymphatic systems. If doctors switched to a drug that induced deep sleep, they may be able to avoid the memory loss that can accompany anesthesia.

“Cognitive impairment after anesthesia and surgery is a major problem,” said Tuomas Lilius, M.D., Ph.D., with the Center for Translational Neuromedicine at the University of Copenhagen in Denmark and co-author of the study. “A significant percentage of elderly patients that undergo surgery experience a postoperative period of delirium or have a new or worsened cognitive impairment at discharge.”

I wrote a blog entry awhile back on this subject and the bottom line is that I found a supplement called, Mind Restore by AWAKENED ALCHEMY that was a true game changer for Catherine and I.

You can read that blog entry, The road to recovery, HERE.