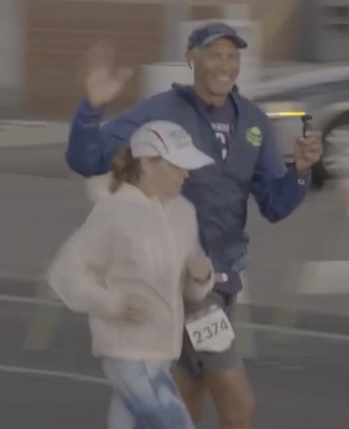 Áine Kelly, professor in physiology at the Trinity College Dublin, shares insights on the benefits of exercise for our memory, blood vessels and immune system.

Find the thing you do well and
do it again and again for the
rest of your life.
Jóhann Jóhannsson

Regular exercise changes the structure of our bodies’ tissues in obvious ways, such as reducing the size of fat stores and increasing muscle mass. Less visible, but perhaps even more important, is the profound influence exercise has on the structure of our brains – an influence that can protect and preserve brain health and function throughout life. In fact, some experts believe that the human brain may depend on regular physical activity to function optimally throughout our lifetime.

Here are just a few ways exercise changes the structure of our brain.

Many studies suggest that exercise can help protect our memory as we age. This is because exercise has been shown to prevent the loss of total brain volume (which can lead to lower cognitive function), as well as preventing shrinkage in specific brain regions associated with memory. For example, one magnetic resonance imaging (MRI) scan study revealed that in older adults, six months of exercise training increases brain volume.

Another study showed that shrinkage of the hippocampus (a brain region essential for learning and memory) in older people can be reversed by regular walking. This change was accompanied by improved memory function and an increase of the protein brain-derived neutropic factor (BDNF) in the bloodstream.

BDNF is essential for healthy cognitive function due to its roles in cell survival, plasticity (the brain’s ability to change and adapt from experience) and function. Positive links between exercise, BDNF and memory have been widely investigated and have been demonstrated in young adults and older people.

BDNF is also one of several proteins linked with adult neurogenesis, the brain’s ability to modify its structure by developing new neurons throughout adulthood. Neurogenesis occurs only in very few brain regions – one of which is the hippocampus – and thus may be a central mechanism involved in learning and memory. Regular physical activity may protect memory in the long term by inducing neurogenesis via BDNF.

While this link between exercise, BDNF, neurogenesis, and memory is very well described in animal models, experimental and ethical constraints mean that its importance to human brain function is not quite so clear. Nevertheless exercise-induced neurogenesis is being actively researched as a potential therapy for neurological and psychiatric disorders, such as Alzheimer’s disease, Parkinson’s disease and depression.

The brain is highly dependent on blood flow, receiving approximately 15% of the body’s entire supply – despite being only 2-3% of our body’s total mass. This is because our nervous tissues need a constant supply of oxygen to function and survive. When neurons become more active, blood flow in the region where these neurons are located increases to meet demand. As such, maintaining a healthy brain depends on maintaining a healthy network of blood vessels.

Regular exercise increases the growth of new blood vessels in the brain regions where neurogenesis occurs, providing the increased blood supply that supports the development of these new neurons. Exercise also improves the health and function of existing blood vessels, ensuring that brain tissue consistently receives adequate blood supply to meet its needs and preserve its function.

Finally, regular exercise can prevent, and even treat, hypertension (high blood pressure), which is a risk factor for development of dementia. Exercise works in multiple ways to enhance the health and function of blood vessels in the brain.

Recently, a growing body of research has centred on microglia, which are the resident immune cells of the brain. Their main function is to constantly check the brain for potential threats from microbes or dying or damaged cells, and to clear any damage they find.

With age, normal immune function declines and chronic, low-level inflammation occurs in body organs, including the brain, where it increases risk of neurodegenerative disease, such as Alzheimer’s disease. As we age, microglia become less efficient at clearing damage, and less able to prevent disease and inflammation. This means neuroinflammation can progress, impairing brain functions – including memory.

But recently, we’ve shown that exercise can reprogramme these microglia in the aged brain. Exercise was shown to make the microglia more energy efficient and capable of counteracting neuroinflammatory changes that impair brain function. Exercise can also modulate neuroinflammation in degenerative conditions like Alzheimer’s disease and multiple sclerosis. This shows us the effects of physical activity on immune function may be an important target for therapy and disease prevention.

So how can we ensure that we’re doing the right kind of exercise – or getting enough of it – to protect the brain? As yet, we don’t have robust enough evidence to develop specific guidelines for brain health though findings to date suggest that the greatest benefits are to be gained by aerobic exercise – such as walking, running, or cycling. It’s recommended adults get a minimum of 150 minutes per week of moderate intensity aerobic exercise, combined with activities that maintain strength and flexibility, to maintain good general health.

It must also be noted that researchers don’t always find exercise has beneficial effect on the brain in their studies – likely because different studies use different exercise training programmes and measures of cognitive function, making it difficult to directly compare studies and results. But regardless, plenty of research shows us that exercise is beneficial for many aspects of our health, so it’s important to make sure you’re getting enough. We need to be conscious of making time in our day to be active – our brains will thank us for it in years to come.

This article is republished from The Conversation under a Creative Commons license. Read the original article.

Here is another article that i found to be very informative.

Also I have a Chapter in my book Running All Over The World, Our Race Against Early Onset Alzheimer’s. which is also about the benefits of exercise.  The title of that chapter is, Does Running Slow Down Alzheimer’s?.

Here is the chapter for your reading pleasure

As we were running all over the world, dealing with physical, logistical, and financial issues, sometimes I couldn’t help asking myself, “Is this really helping Catherine?”

Before I answer that question, here’s some context. According to the Alzheimer’s Association, an estimated 5.8 million Americans have the disease. Alzheimer’s doesn’t just cause dementia: It kills more Americans than breast cancer and prostate cancer combined. Since 2000, deaths from the biggest killer, heart disease, have gone down 7.8 percent while deaths from Alzheimer’s have gone up 146 percent.

Many people think of Alzheimer’s as genetic bad luck, but scientists have also been studying associations between Alzheimer’s and a variety of lifestyle choices. In the report, “Dementia and Risk Reduction: An Analysis of Protective and Modifiable Factors,” Alzheimer’s Disease International identified four categories of risk factors: developmental, psychological, lifestyle, and cardiovascular— all of which have been repeatedly linked to Alzheimer’s.

Most doctors and nurses who treat Alzheimer’s patients now believe that common-sense lifestyle adjustments can help people avoid the disease or slow its progression. As Robert Roca, vice president of medical affairs at Baltimore’s Sheppard Pratt Health System said in an interview with the Woman’s Brain Health Initiative, “The good news is that if you take simple steps that are beneficial for your overall health, you can reduce your risk.”

We’ve all seen the PSAs about quitting smoking and the ads telling us to eat this or that “heart-healthy” food, but partly because we know less about it, there has been less public education about Alzheimer’s. As it turns out, some of the same choices and habits that protect against heart disease (including regular exercise) also protect against Alzheimer’s. “What is good for the heart,” Roca said, “is also good for the brain.”

Ann McKee, the associate director of Boston University Alzheimer’s Disease Center, agreed. “The brain and the heart actually have a lot in common. Both organs are responsive to what is going on in the rest of the body—and to our life experiences.”

When it comes to treating the symptoms of Alzheimer’s, there are five FDA-approved drugs. Unfortunately, according to Robert Stern, director of the clinical core at Boston University’s Alzheimer Center, “Medications can bring about some improvement for some people some of the time, but they don’t modify the course of the disease.”

In fact, according to David Bennett, director of the Alzheimer’s Disease Center at the Rush University Medical School, “The best current tool involves not taking medication but building up resilience.”

Bennett said that people who got more education early in life have a greater amount of “cognitive reserve”—a technical term for a variety of cognitive skills—which can help them compensate for the damage to their brains. And no matter how educated someone is, they can improve their resilience by learning new skills. In an article for Scientific American Mind called “Banking Against Alzheimer’s,” Bennett wrote steps that we can all take to age-proof our brains to make them more resistant to dementia: remaining socially and intellectually active, achieving goals that we set for ourselves, and even helping others. I would say that our nomadic lifestyle forces us to do all those things.

It’s hard to say exactly how much benefit Catherine got from our constant flow of new experiences, but Yaakov Stern, a professor of neuropsychology at Columbia University’s Taub Institute for Research on Alzheimer’s Disease and the Aging Brain who has published several papers on cognitive reserve, has said that “…experiences acquired over a lifetime can stave off dementia—often for several years.”

What’s easier to say is the benefit she got from regular cardiovascular exercise. Aerobic exercise protects against Alzheimer’s through its impact on the heart, but it can also slow down the deterioration of the brain. In a neuroimaging study published in the Annals of the New York Academy of Sciences in 2007, Bonita L. Marks, a professor in the department of exercise and sport science at the University of North Carolina at Chapel Hill, showed that greater aerobic fitness was associated with more white matter integrity in several regions of the brain. A 2016 paper published in Alzheimer’s Dementia, by Dane Cook (not the comedian but a professor of kinesiology at the University of Wisconsin at Madison) showed that regular physical activity can protect against temporal lobe atrophy.

What does “regular physical activity” mean? One book I read called Cured has an entire section on Alzheimer’s and exercise. It turns out that merely exercising several times a week is not enough. It’s great to get your ten thousand steps a day, but to reap the true benefits, you need to participate in intensive exercise for at least thirty minutes at least four times a week. Other articles I read recommended an hour day at least six days a week.

The science behind the need for this much exercise is complicated, but the bottom line is that you need to get your heart rate up, you need to sweat, and you need to be worn out when you’re fin- ished. They say that it reduces the inflammation in the brain, which they feel is the root of the problem. As time goes on, I have read more and more about inflammation, and I have adjusted Catherine’s supplements to help with that issue. Since I’m not doing a clinical trial, I can’t give a scientific answer as to whether running helps, but it certainly doesn’t hurt.

I have found that it satisfies Catherine’s desire to regularly exercise, compete in races, and see new sites. It definitely wears her out so she can get plenty of sleep, which is highly recommended for people with Alzheimer’s.

Traveling in order to keep Catherine motivated to exercise is what I enjoy doing so I figure we will do it as long as we can as the quote above suggests.