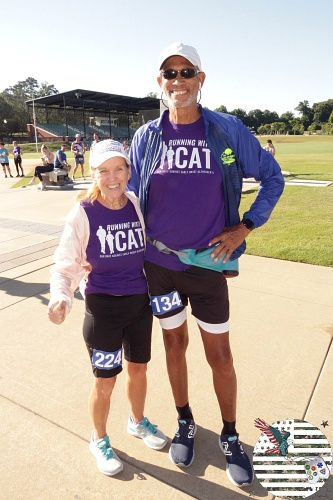 Researchers in the US have found that people who adopt seven health habits are less likely to develop dementia, regardless of their underlying genetic risk. The findings were published today (Wednesday 25 May) in the journal Neurology, the medical journal of the American Academy of Neurology.

The seven habits form the American Heart Association’s Life’s Simple 7, which are lifestyle adjustments that improve heart health. These habits are:

What did the researchers do?

The researchers monitored over 8,800 people with European American ancestry and over 2,700 people with African American ancestry for 30 years, starting from when they were around 54 years old. At the beginning of the study, people completed questionnaires to assess how well they followed the Life’s Simple 7 habits. The researchers then scored them from 0-14, with 14 being the healthiest score. The participant’s weight, blood pressure, blood sugar and cholesterol levels were also measured.

Researchers analysed the genetic make-up of each participant and gave them a score based on risk genes for Alzheimer’s disease, the most common cause of dementia. This allowed the researchers to see how people’s heart-healthy habits affected their risk of dementia, even when they started with a high genetic risk of developing the condition.

What did they find?

Around 18% of participants with European ancestry went on to develop dementia during the study. In this group, researchers found that people who scored highly for following Life’s Simple 7 habits had a reduced risk of developing dementia by the end of the study. This was even true for people who had the highest genetic risk of developing Alzheimer’s disease. These results suggest that Life’s Simple 7 habits could have a significant influence on dementia risk in people with European American ancestry.

The results were less clear for people of African American ancestry. 23% of people in this group went on to develop dementia. It is unclear whether adhering to the healthy habits alone was enough to significantly reduce dementia risk in this group. This could be due to other underlying factors contributing to risk or because of the relatively small sample size of African American participants, who were mostly recruited from the same city.

Dr Rosa Sancho, Head of Research at Alzheimer’s Research UK, said:
“Dementia risk depends on many factors. Some, like our age and genetic make-up, we cannot change, while others, like diet and exercise, we can. This study supports the idea that what is good for the heart is also good for the brain – and that this holds true even for people with a higher genetic risk of dementia, at least for participants of European ancestry.

“Although the researchers monitored participants for all forms of dementia, when grouping people according to genetic risk they focused only on genes that increase risk of Alzheimer’s disease, just one cause of dementia.  Also, health scores were taken at the start of the study, but what we don’t know is whether the participant’s healthy habits lasted for the duration of the study.

“For a better understanding of how healthy living could help to overcome genetic risk, future research will need to incorporate risk genes for all forms of dementia. Ideally future studies should also include continually monitoring health habits in the participants to assess long-term effects of a healthy lifestyle.

“The lower number of African American participants means that the findings for this group are less clear. We will need further studies to assess how good heart health affects dementia risk in the wider population, with sufficient people from ethnically diverse backgrounds.

“We do know that it’s never too early or too late in life to take steps to reduce our risk of dementia and improve our brain health. Not smoking, only drinking in moderation, staying mentally, physically and socially active, eating a balanced diet, and keeping cholesterol and blood pressure levels in check can all help to keep our brains healthy as we age. Find information and advice on brain health at www.thinkbrainhealth.org.uk